A downloadable game for Windows

Set in WWII, you play as an adolescent German youth who has been drafted to fight on the front lines. The game will mostly take place during the Battle of France (Ardennes, France), where your character will perish. Your character hates the senseless fighting, wishing they could find a way to resolve this peacefully, as opposed to another soldier who's views are the reverse. Both of you will die at the beginning, only to reappear as spirit versions of their beliefs, your goal is to change the influence of all the soldiers (both Anglo-French and German) to resolve this conflict, whilst the evil spirit will do the opposite, escalating the fight more.

Hopefully it's a case of:

Unzip the folder, run the .exe

Will be posting updates to the build over time :)

1.3 was uploaded for continuity's sake, but 1.4 is out! A much better look of the game, with more working mechanics (if unclear, the healthbars are the healths of both sides of the map, they're supposed to stop when the players enters them, and drop faster when the enemy is in the areas, game ends when both sides are 0).

The game itself still isn't there, need to add a game over screen, but other than that and a pause menu, it's pretty much done in it's simplest form!

Version 1.2 is out! Added a rain effect (will improve looks), Base layers for the environment (details will slowly be added), Figuring out how to set both sides of the map to have their own health bars (thus the appearance of the health bar in the top left corner at the moment). Hope to add a lot more things, looking forward to seeing what people think when it gets better :D

Currently as of the 11th of February, the game is just a test world to import animations and testing of colliders. No mechanics have been implemented, other than the player movement. Will update as I go along 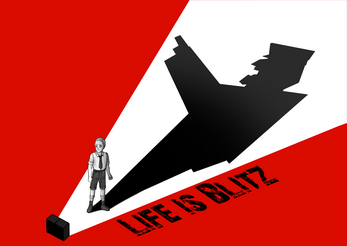